Make the little ones love English 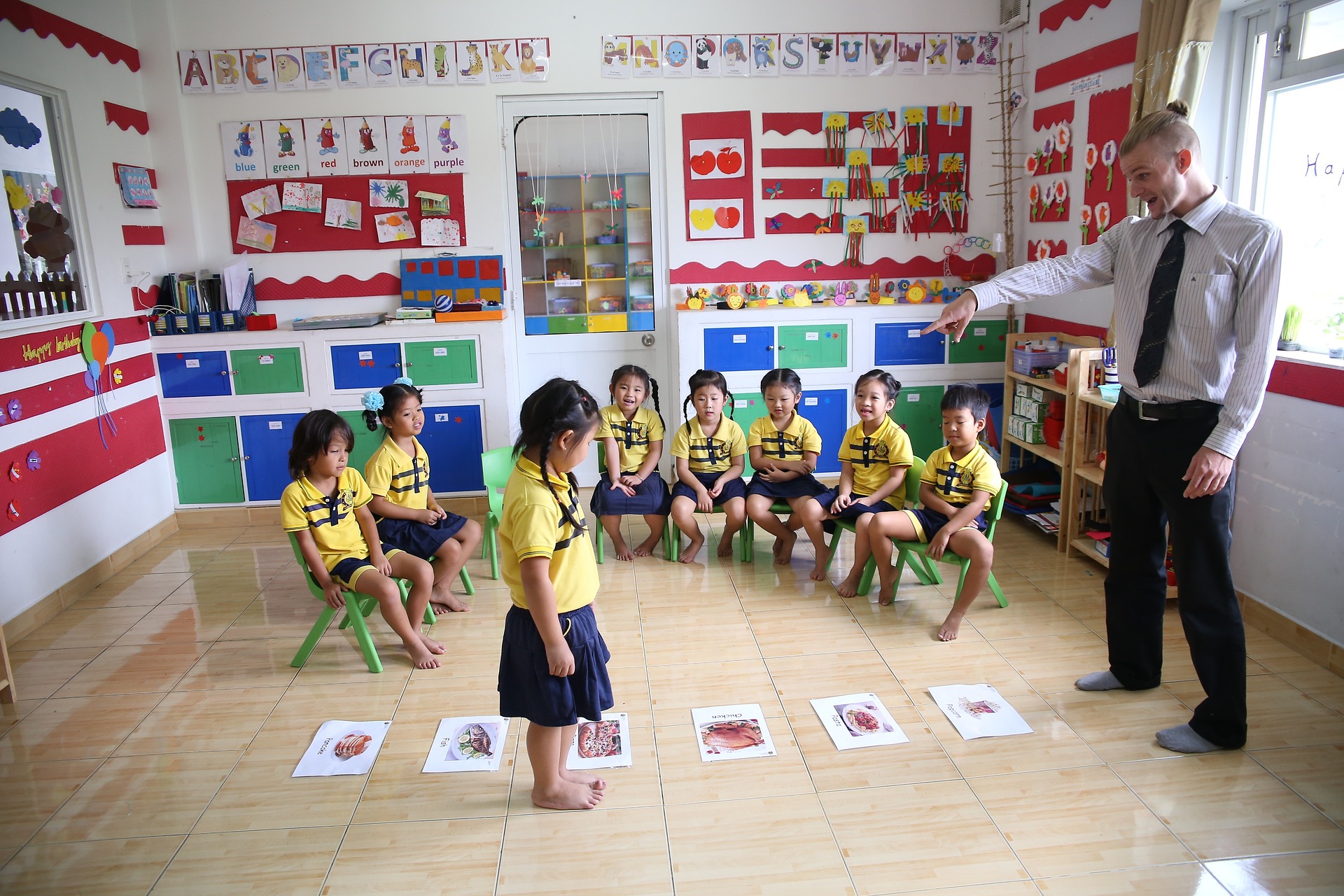 It very much depends on your elementary school, but in many cases first and second graders do not have frequent English lessons. This isn’t always the case, in some cities they seek to have them every other week. However, my schools have typically only had them anywhere from seven to ten times a year.

It should go without saying that seven to ten English lessons a year is not going to make little kids fluent in English. Even biweekly lessons in fifth and sixth grade classes only manage to teach kids basic conversational skills. Despite this fact, my first year of teaching especially, I aimed to instill as much English content in those little kids’ heads as possible. I tried to make everything super fun, of course, but I naively expected to be able to come in with a word list and have it stick with them for all of time.

That was not the case. Even if you do everything “right”, with only one 45 minute lesson once a month at most, many six year olds are probably not going to perfectly memorize an entire list of farm animals no matter what song or mnemonics or game you use. Those who do often take English lessons or study outside of school

Although I started changing my approach from the second year of teaching, it was actually a little after that that I had the biggest realization from talking to a third grader. She came up to me and talked about an activity we did when she was in first grade. She didn’t remember what the vocabulary words were or anything like that, she simply remembered how much fun she had. Students didn’t remember Halloween vocabulary, but they remembered having fun making Halloween masks or playing games. From a very young age, they remembered that English was fun.

This isn’t to imply that teachers should stop teaching actual English vocabulary and content to little kids. Of course not, and it’s not like they don’t remember words they learn at all. Rather, instead of trying to fill a kid’s brain with words they are likely to forget due to the little time you have with them, your goal should be to teach them to associate English with fun.

Once students reach fifth grade, they will start to have English tests in many cases. Once they reach junior high and high school, English becomes even more grammar based without a lot of fun. It is very easy to lose kids from fifth grade as they start to view English as a subject that they have to study for and isn’t just all fun and games. While making fifth and sixth grade English fun is a topic in and of itself, you can start by trying to reach the little ones early so they have that good association last in them when they get older.

What I’ve started to do is work backwards when planning English lessons for first and second graders. It varies widely, but I often think of a fun activity or holiday first. For example, with Halloween you may think of Jack-o-Lanterns. You can print out blank pictures of pumpkins and have students design their own.

This leads to the second part. Although this is not always the case depending on the topic, with first and second grade I have gone away from having a list of vocabulary words to teach one-by-one with the kids. Rather, I try to teach them English words more subconsciously as natural parts of the lesson. Instead of holding up flashcards with body parts I have them sing Head, Shoulders, Knees and Toes every lesson along with other songs. Instead of teaching them words like eyes, nose, ears, etc Iincorporate the words casually into the lesson when I have them play Pin the Face on the Jack-o-Lantern and when they have to design their own. Instead of having a lesson specifically dedicated to first graders counting 1-10, each and every lesson I try to incorporate kids needing to count for one reason or another. Repetition is also key.

I also very much try to incorporate culture. I teach Christmas Around the World, where students will along the way learn country names in English as well as how to say Merry Christmas in different languages. I teach Hanukkah (with HRTs explaining the background at their discretion to avoid “teaching religion”) and have them play dreidels. Since I am from Hawaii, I also do a Hawaii-specific lesson where I teach the kids a hula dance.

All of these do not have a vocabulary theme like “foods” or “animals” but through these themes, many English words will naturally come up and be taught to them. They also get to enjoy the “foreign” part of “foreign language activities” and learn about the world and where they can go if they learn English. The important thing, in my opinion, is expanding their young minds and making them truly want to learn English and experience the big world around them.