Teach English In
Japan As an ALT
APPLY NOW

Our ALT staff are talented, outstanding individuals, who not only teach but act as cultural ambassadors.
The positive impact of this upon the next generation cannot be overestimated.

RCS was the first company to dispatch ALTs to public schools in Japan.
We concentrate our efforts on the Kanto region, and we take a personal approach.
We get to know our ALTs on a personal level, so they feel valued and respected.
We also focus on team teaching in the classrooms, to the benefit of the kids, and also our ALTs. Under guidance from a new CEO, we continue to aspire to make positive changes in the field of English education.

The company was founded over 30 years ago and we are the longest running ALT supplier in Japan. Initially starting with a single teacher, the company now assigns more than 200 teachers in the Kanto area.

RCS is widely known for its quality service and talented, professional ALTs.

BENEFITS OF WORKING WITH US :

At RCS, we assist our ALTs in all facets of daily life in Japan. We can assist with finding accommodation, organizing health insurance, and even arranging cars.
Visas, taxes, and insurance are all administered by the company.
We provide initial training and ongoing workshops for our ALTs to ensure they are fully prepared for their professional lives in Japan. With 30 years of experience under our belt, we have accumulated an extensive collection of teaching materials and methods. On a personal level, we offer constant support for our ALTs.

We’re only a phone call away to help with anything our ALTs need. We also keep our ALTs informed on company updates, teaching tips, cultural events and more via our monthly digital newsletter.

As an ALT, you will find yourself helping Japan connect its present to the future. It is an amazing chance to be part of a big transition, assisting the country’s future generation to acquire the universal language. You will be helping them to prepare for the ever-globalizing world.

Living in Japan will open your eyes to a fascinating array of new customs, traditions, and more. But fear not, adjusting to life here can be a surprisingly smooth ride. Traveling in Japan can be incredibly easy. Its high-tech train network is arguably the best in the entire world. Once you get the hang of it you become a bird with a set of full-fledged wings, ready to explore your new surroundings.

From an outside perspective, the language barrier might appear to be the most challenging factor. Yet, as an ALT, your fellow Japanese teachers and your students will be glad to assist you since they will be very eager to learn about your country’s culture.

The teachers and students are also an invaluable resource for learning Japanese, and are almost always willing to answer any questions. Lunchtime spent with your students is a great time for them to practice English, and for you to learn about Japanese cultures and customs.

The ALT work schedule will give you lots of options to design your life here. With many national holidays and breaks, you will be afforded with lots of free time to explore your new home.

From Hokkaido to Okinawa, you will never run out of beautiful and fascinating places to visit. As for more local leisure activities, sports enthusiasts and outdoorsy types will have a lot of options close to home. If you are a hiker, you will find no shortage of great trails in this country’s pristine national parks. Runners can take advantage of everything from a school marathon to an organized race through the streets of the nearest city. Those who prefer a more sedentary approach to life might be just as content having a picnic under a cherry blossom tree in the spring, or snacking on manju underneath a full moon in the fall. 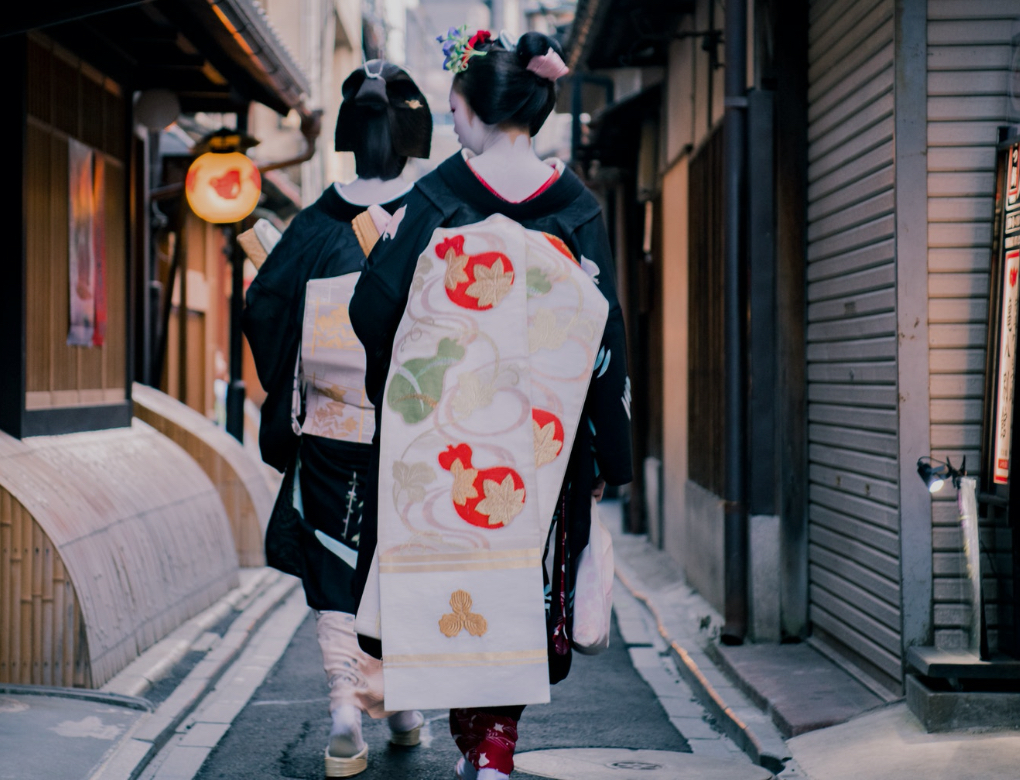 oday, Japan has become a nation where traditional values
fuse fascinatingly with modern culture. Japan is fast
becoming a tourist hot spot, its beauty and mystique

capturing the interest of many an aspiring visitor. Living and working
in Japan as an ALT, you’ll gain a real insight into Japan’s culture, and
a deeper understanding of Japan’s ideology.

Starting with the basics, don’t forget to take your shoes off when
entering houses and temples. It’s customary to have an ‘outside’ pair
of shoes and an ‘inside’ pair of slippers. Most places will keep ‘inside’
slippers for guests, so don’t worry if you forget to take them with
you!

You might also be surprised by how many people to cover their mouths and noses with masks. They might be doing this to avoid getting sick, or to avoid sharing their own illness with others. Don’t be surprised to hear a lot of sniffing too, especially in winter. Japanese feel it’s rude to blow your nose in public, so repetitive sniffing, and even loud snorting are common practice. 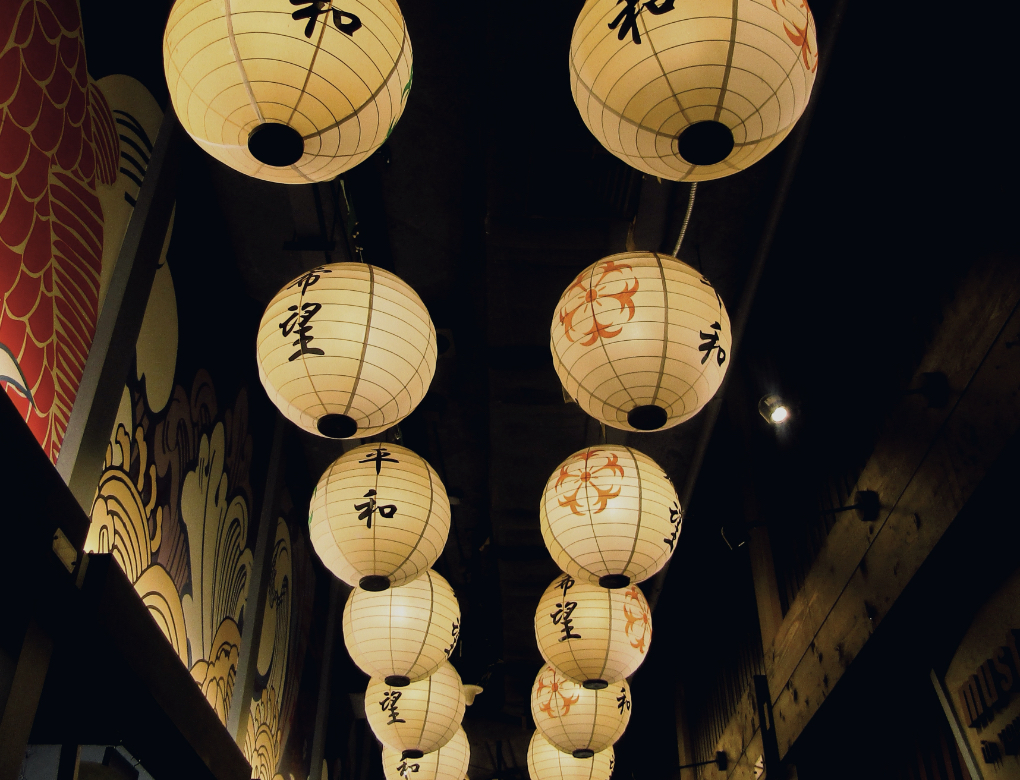 apan’s train system is amongst the best in the world. It’s superbly reliable, safe, and clean. Just make sure to follow some basic etiquette guidelines. Japanese keep very quiet

on the train, and many of them take the time to have a nap. They don’t appreciate anyone talking on their phone, talking loudly in groups, or listening to any noise leakage from earphones. Avoiding these types of disruptive behaviors will ensure a happy train ride for all!

Japan, and especially its major cities, are some of the most densely populated places in the world. Without orderly conduct from its people, these places could become utterly chaotic. So, remember as a general rule to stay to the left. This holds true for walking on footpaths, and riding the escalators (except in Osaka, where people stay to the right). This helps the people traffic flow, and you’ll also avoid being hit by a bicycle on the footpaths. Nobody wants that!


In the workplace, respect is paramount to maintaining harmony. Shaking hands is perfectly ok coming from a foreigner, however, beware not to grip too hard. Bowing is a sign of respect, and Japanese will appreciate your efforts to accept this part of their culture. Japanese will also try to avoid conflict, so remember to tighten your lips if you feel strongly opinionated about something. Being direct is a sure way to make your co-workers feel uncomfortable. 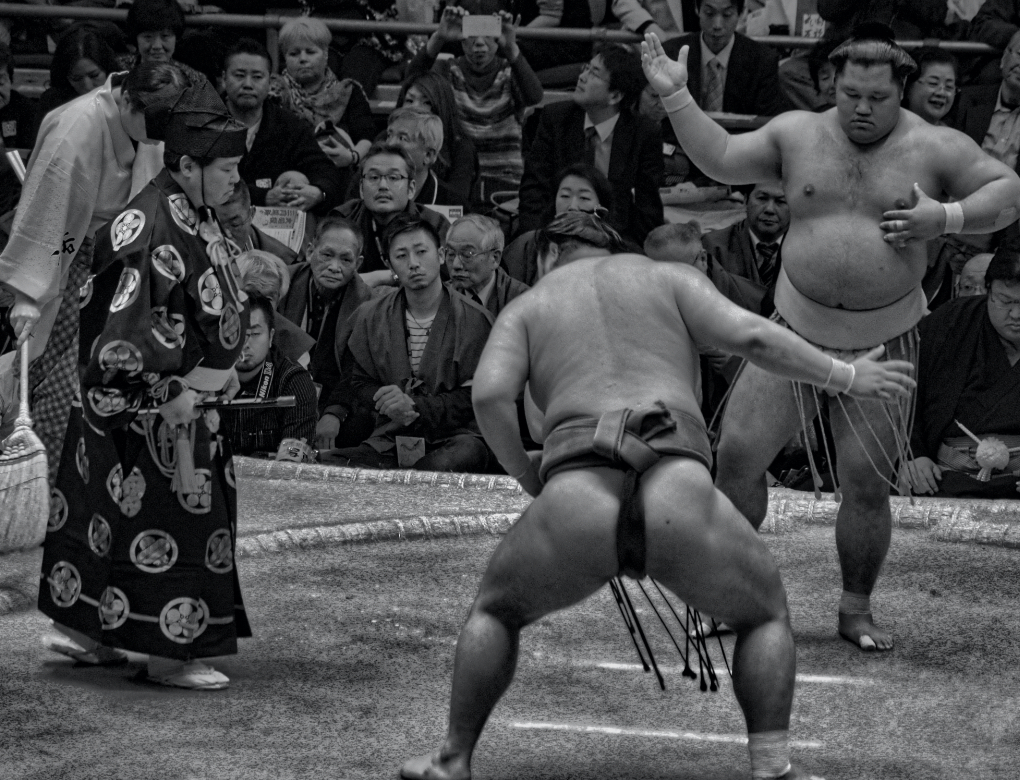 ext time you feel tired at work or when socializing with
your Japanese friends, remember to yawn discretely. It can
be seen as a sign of disrespect, or disinterest in the people

with whom you’re accompanying. Crossing your legs is also considered
very casual, and not recommended in workplaces. You’ll need to be
especially careful not to show the soles of your feet to someone
either.

Rules aside, there’s so many aspects to Japan that will ignite your
passion to explore. There’s an abundance of convenience stores, where
you can pick up all your necessities, virtually on every corner! There
are also various sub-cultures that thrive in Japan, from gaming, J-Pop
and K-Pop, manga, or Japanese comics, to anime, or Japanese
cartoons. A walk around Akihabara will bring about an understanding
of how strong a following some of these sub-cultures have!

Traditions are also greatly respected in Japan. Through the generations, preservation of practices such as sumo, kendo (a martial art based on the tradition of sword fighting), kyudo (the Japanese art of archery), and judo, to name a few, is of utmost importance. Less related to combat, tea ceremonies are a ritual of respect and harmony. Experiencing a tea ceremony is a special memory. But beware, if you’re prone to knee pain, it can be a test of your mental fortitude! 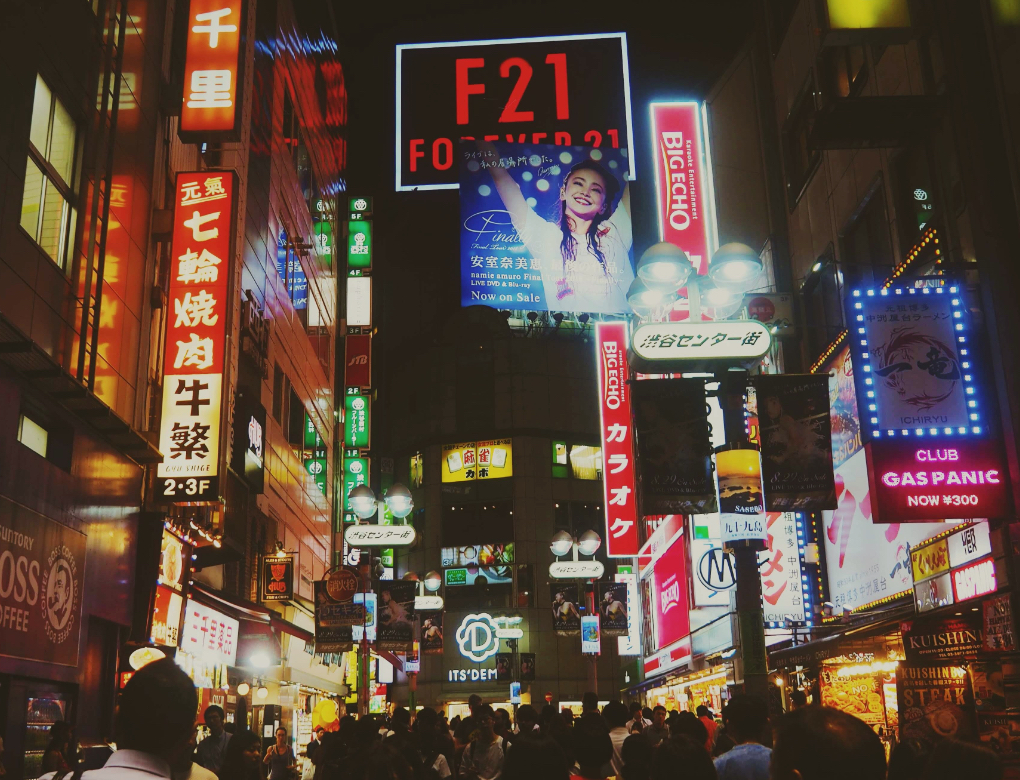 apanese also love to relax at hot springs, known as onsen.
As Japan is volcanically active, there’s plenty of hot springs that are a ‘must’ for anyone visiting Japan.

The thermic effect and minerals absorbed by the body from a hot spring have numerous health benefits. Although, keep in mind that it’s also required at a hot spring that you bear all (except for the use of a small towel), and tattoos are usually forbidden.

To wind down your day, make sure to indulge in some ramen, and don’t forget to slurp! Whereas in many cultures, loud noises while eating are considered rude, in Japan, it’s quite the opposite. If you head to a cinema for a movie, make sure you don’t leave until the credits are over. Or if you decide to stay in with some Japanese television, enjoy the ‘panel’ style TV shows. To close the day out, make sure you’ve got a quality futon. Futons are the bed of choice in Japan, their ability to conveniently be stowed away makes them a practical option for ‘cozy’ Japanese dwellings.


We’ve only scratched the surface of Japanese culture here. Everyone will take something different from Japan, and grow on a personal level as a result. Japanese society is generally safe, orderly, and the respect shown between people is something to admire, if not aspire to. Working as an ALT is an opportune way to immerse yourself in Japan’s culture, and give yourself the gift of an unforgettable life experience.