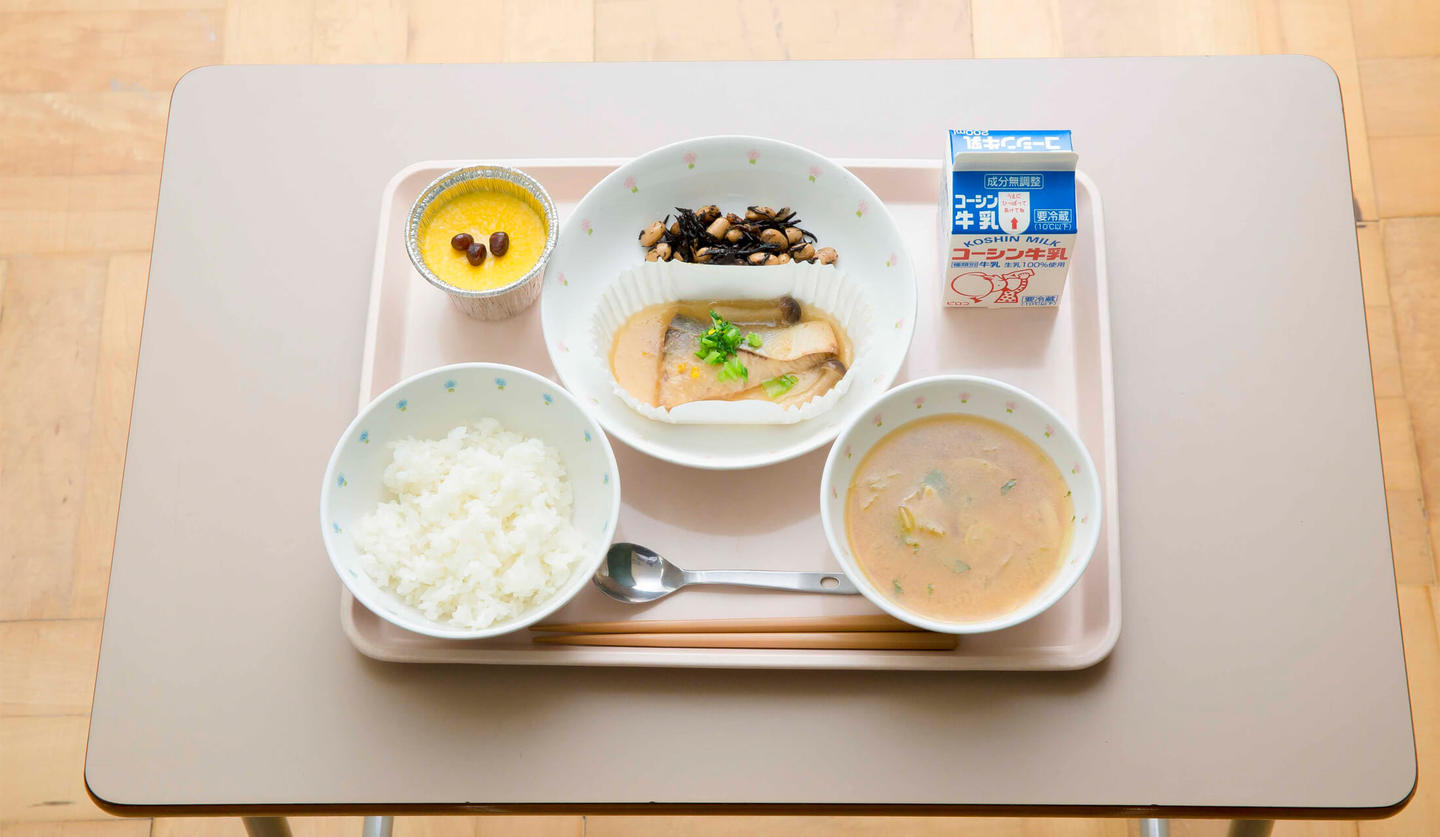 School lunch was once a time where the ALT could sit down and enjoy eating with the students.  It was truly one of the highlights of the long school day.  The students would sit in their lunch groups and invite you to sit with them.  It was a nice time to chat and get to know the students outside of class time. 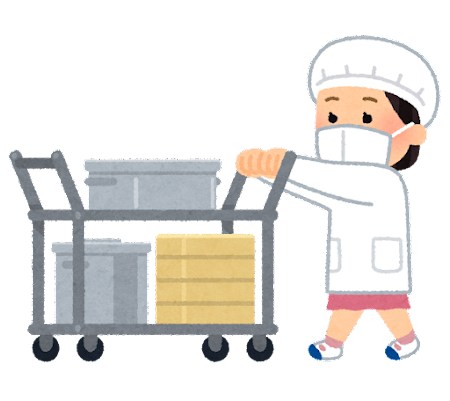 There were times when I would arrive to the classroom a little early and see the students preparing their lunch.  A row of servers, all dressed in little lab coats with bandanas on their heads and masks covering their faces, would form an assembly line in front of the blackboard. Each Student would have a  specific food-serving task.  The other students would line up, trays in hand, waiting patiently with their stomachs rumbling.

I would sit down on a tiny chair with my knees resting on either side of a tiny desk and wait for my group to be seated.  No one would start eating until everyone was served and seated.  Once everyone was situated, the class leader would tell everyone to put their hands together and the students would all give thanks for receiving the meal. Then everyone would dig in.  Some HRTs would enforce a five-minute silent eating time to make sure the students would actually have a chance to finish their meals.

The conversations would always be fun once the students got used to the idea of an English-speaker sitting with them.

“What’s this?” I would say pointing to some fish.  Blank stares would begin the exchange and then after a few seconds, group-whispers and giggles, there would always be one student in the group willing to take one for the team and answer. “SAKANA DAYO!”  they would say.  Then, as if to try to speak English, they would say again “SAAAAKAAANAA”.  I would always smile and repeat them for some more laughs and then try to squeeze in some English, “OH, SAAAKAAANAA, THANK YOU, I like fish, fish is yummy!”

I’ll never forget the time when we were eating lunch and during our chat time, one student turned to me and grinned from ear to ear.  I looked at him a little confused.  He then proceeded to open his mouth and spit out a bloody tooth directly into his hand. At first, I was taken aback and truly concerned. Was he hurt? Did he bite down on something which broke his tooth?  It wasn’t until all the other students started clapping and applauding him that I realized, oh…  wait, he’s six years old, this is normal.  I joined in with the applause and we all finished our meals admiring his little white treasure.  Good times.